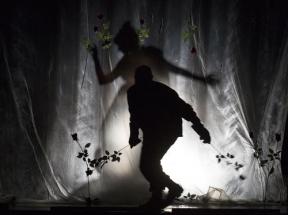 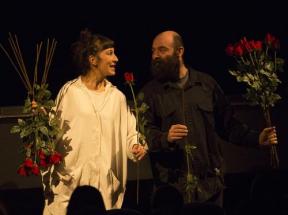 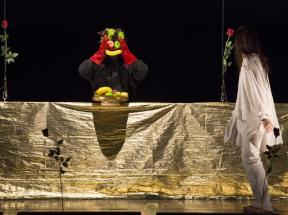 LA BELLA O LA BESTIA / THE BEAUTY OR THE BEAST

There are many things around us that we judge, that make us run away or that attract us.
Plunging into a vortex of many lived and played situations, a man and a woman, two artists, will tell us their own vision of the world using images suggested by the famous tale.
Two artists with two suitcases that have to be emptied and filled in with new beautiful and beastly visions, to discover
that everything can be beautiful just as everything can appear beastly.
It only depends on the way we look at and live our life.


>> Watch the trailer of the show


> During the twelfth edition of the International Festival "100, 1.000, 1.000.000 stories" in Bucharest (October 2016), The Beauty or the Beast received the "Cornel Todea" award for best show dedicated to children over six years. The jury, composed by Yvette Hardie, President of ASSITEJ - International Association of Theatre for Children and Youth (South Africa), Lali Morris, producer and director (Ireland), Vava Stefanescu, choreographer and director of the National Center of Dance Bucharest, Ottaviano Saiu, researcher, teacher and critic, and Andrei and Andreea Grosu, directors (Romania), gave the following motivation: << The award goes to "Beauty or the Beast" for the art of storytelling through words and images, creating a theatrical language both playful and philosophical>>.