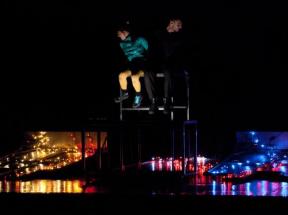 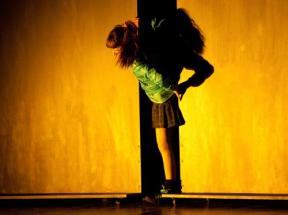 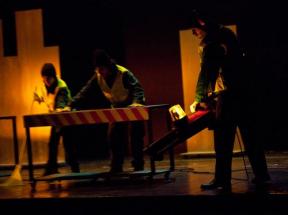 Nina is a 14-year-old girl. One night, after a discussion with her parents, she gets out, banging the door behind her, and she finds herself wandering the city alone and in the darkness.
This is the beginning of Nina's journey through the night: she will have several encounters that will lead her to question all her certainties and fears, because at night nothing is as it seems and perhaps it is true that it is only in the dark that people reveal themselves for what they are.
Following Nina's adventures, and thanks to the use of flashbacks, the audience will find out the reasons why Nina decided to leave home and look for her sister; a sister she didn't even know about. It is some kind of initiatory journey that will help Nina grow up, and it is also an invitation not to fear facing reality.

The show is a co-production between JES - Junges Ensemble Stuttgart and La Baracca-Testoni Ragazzi, in the framework of the project “You never find the right word”, supported by "Wanderlust", the fund granted by the German Federal Cultural Foundation, with the aim of financing partnerships and exchange projects between German public theatres and other foreign theatres. For the creation of the show, common themes and storytelling techniques were identified, and they will be independently developed by each company, realising two different productions.