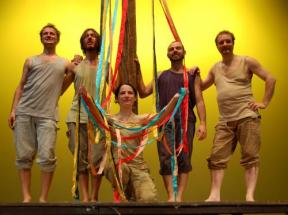 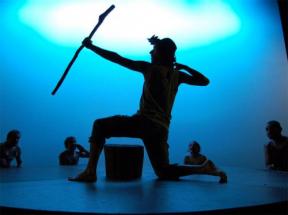 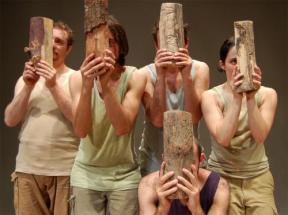 This is the story of Robin Hood, Prince of Thieves, Lord of the Woods, King of the Summer.
It is the year 1213. At that time, the landlords let the poor celebrate the beginning of the summer, but after three days the guards and sheriffs came back… That year, Robin was made King of the Summer.

So the adventure begins: the meeting with Little John, the Sheriff of Nottingham, King John, Maid Marian and the Sherwood Forest.
They all ready for the May Fest: love and justice will triumph, Marian will meet her Robin again, Friar Tuck will have his barrel of ale and the harvest will be good…
Robin Hood is a legend, a dream, a utopia about love and justice. We all have a small Robin in our hearts, and maybe a small, wicked sheriff hidden in a corner of our souls.
And “playing the wicked” on stage is much more enjoyable than playing the righteous.