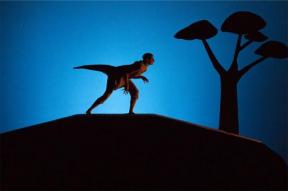 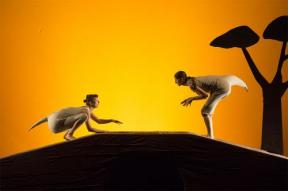 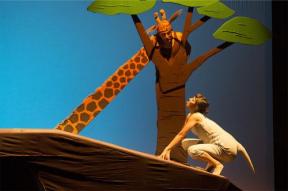 In the heart of Africa, there’s an animal that lives underground and loves to put its muzzle out to smell the scents and see the colours of the world with its eyes... but it often runs the risk of getting too far from its hole.
This animal is a baby aardvark, a nice and sweet little animal that very few know or have seen. It has the tail of a kangaroo, the nose of a pig and the ears of a rabbit.
It is a very special animal, don’t you think? It is very curious and wants to become an adult aardvark very fast; we will get to know it and the phases of its very interesting growth.
It is a happy, surprising and suggestive show, in an atmosphere full of African colours.