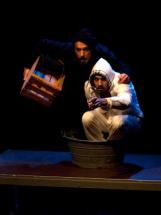 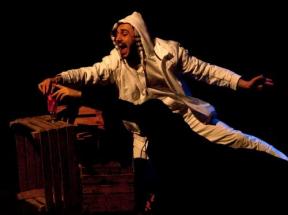 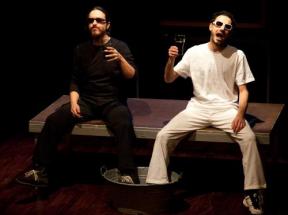 The show is about Omar’s story: he was born here, in Italy, but his father and family are originally from the other side of the sea.
Here, in his seaside town, Omar lives his life as if he were living in a movie: the wheelies on his bike, the basketball games, the town-tours... everything seems to be perfect.
Then, suddenly, the movie slows down, it starts to vibrate, it gets spoiled when he realises he does not completely belong to this country.
Sometimes, he feels he is a stranger; he gets embarrassed at the looks of people.
Stereotypes and cliches can sometimes be a heavy burden, and they make him feel like a stranger to his environment.
Omar’s secret dreams help him find the strength to forget the uneasiness he sometimes feels about his origins.
The show deals with the topic of integration.
For young boys and girls like Omar, integration starts to develop at school, among teenagers, in an environment where there are no laws governing it, religions or social statuses.
The confusion Omar experiences is the same any teenager experiences, whether they live in or come from this side of the sea or the other, regardless of their origins.

>> Watch the trailer of the show