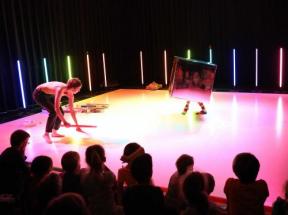 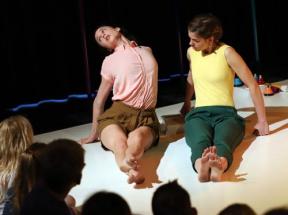 Helene is able to conjure up music from anywhere.
Everything makes a sound.

Even Viviana's body makes a sound when Helene taps on it.
Viviana moves, Viviana dances and doesn't wait for Helene's taps.

A dialogue of moods, conflict and friendship expands into a magical world.
A feast for our eyes and ears.