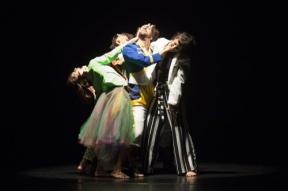 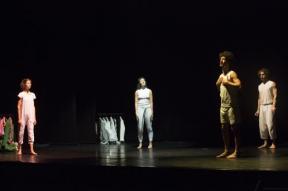 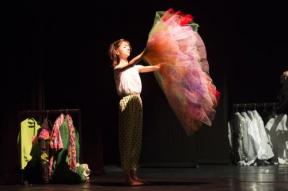 Postcard of the show

Children live in their unique, special world: it is different from anyone else’s, and their world is created by their sensibility and character.

Approaching other worlds can be an occasion to explore and have fun, but it can also be difficult and complicated.

Through dance and theatre, the show explores what it is that we feel when we approach someone else’s world and when we let some approach our own.

The four seasons are four people, very different from one another, who, in a spiralling and constant game, meet each other and sometimes confront each other, experiencing a shared dimension accompanied by Vivaldi’s music (but not only).

Different worlds come together creating a powerful ensemble, just as it happens with the passing of seasons.


>> Watch the trailer of the show