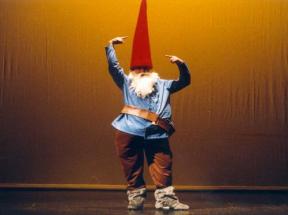 Nowadays gnomes are almost forgotten creatures and some people even say they don’t exist, but in ancient times they were fully recognised in our society. They were free to go wherever they wanted and their opinions influenced the lives of men.

But that was the time when water was pure and forests were pristine; the sky was full of birds, stars, butterflies, dragonflies, and nothing more. The silence was absolute.
Since then, since the woods filled with empty cans and the sky coloured lights and waves that smash the silence, gnomes have hidden from our sight. This is why so few people today believe they do exist, and nobody really expects to meet one...