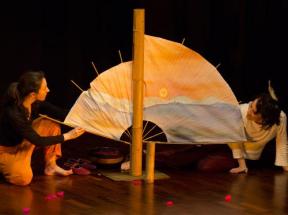 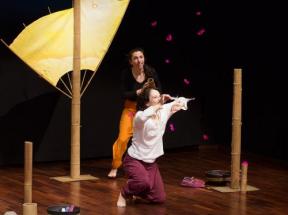 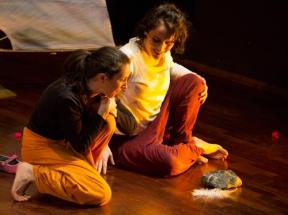 Opposites chase each other, till they sometimes touch each other.

In a rich sensorial universe, lightness cannot exist without heaviness, just as fullness and emptiness.

Feather and Stone are two very different characters, opposites like water and fire, earth and sky.

Feather and Stone both live when the other sleeps: Stone knows the night very well while Feather lives the day and falls asleep only when Stone wakes up. Lightly and heavily from dusk to dawn, from daylight to darkness.

“Feather and Stone” is a play about opposing elements; about differences and complementarity.

The show can be performed in schools, but darkness is needed, as well as a free area of at least 6x8 metres.