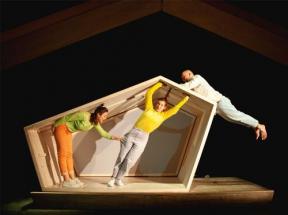 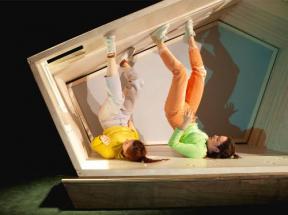 A physical production with an original soundscape that is created live, a dance theatre piece about reaching out to someone, about togetherness.
Two people find themselves stuck in a confined space, a box. They can’t get away from each other.

There is confusion, fear and a sense of unfamiliarity. Gradually they warm to each other, though not without the inevitable tensions, clashes, caresses and emotions. Uneasiness turns to laughter and infectious amusement.

A small space.
An overture of friendship.
Clashing.
Exploding.
Tension fills the box.
Caresses too.
Resentful jostling.
Animated laughter.
An explosion of togetherness.